Anyone who has a gen Z at home, knows a gen Z or has observed one in their natural habitat will tell you that in 2014 one screen isn’t enough. With the introduction of the smart phone has come a new and more portable way to access the internet, and with easy and reliable access has come far greater use.

It’s not only the younger generations who are using multiple devices—the TV alone isn’t holding our attention like it used to, for any of us. The ability to search for and watch the videos we want on YouTube or check for Facebook updates while watching the latest Game of Thrones episode is fast becoming a common practice for consumers of entertainment in Australia and worldwide.

Just this month, Nielsen and IAB Australia have released data that highlights this trend. A staggering 52 per cent of Australian screen time is now devoted to mobile devices. To go into more detail, the study found that the average digital screen time per person for the month of June was:

The study found that we are predominantly using smart phones and tablets for apps, with 86 per cent of the average 53 hours per month being devoted to this. The majority of apps being accessed are social apps (like Facebook, Instagram, LinkedIn, Twitter or Google+) and gaming activities (like Plants vs Zombies, Scrabble or Cut the Rope).

It was also highlighted that Australians are highly social when compared to the consumption patterns of other countries. Director of Research at IAB Australia, Gai Le Roy has pointed out that nearly half of all application time is being devoted to social media brands. Furthermore, Australians access social media applications at a particularly high rate across all platforms.

In the United States, a 2014 report by comScore found that the social media brands being most often accessed via mobile device were:

It was also discovered that Australians love using their mobile devices to access the news with 14 per cent of browsing time devoted to news sites. A larger amount of time when compared to those living in the United States who dedicate only 11 per cent of screen time to the consumption of news and current affairs.

With the results of this revealing study into our usage patterns when it comes to mobile devices and the internet, it’s difficult to argue that content marketing via social media channels does not deliver a valid audience to effectively communicate a brand.

With increased mobile screen time being devoted to social apps like Facebook, LinkedIn, Google+ and Twitter, successful marketing in 2014 requires the engagement of this growing mobile audience.

Making the most of social media to promote brands, products or services isn’t difficult. The use of owned media channels is on the rise and good content marketers are already taking advantage of the great potential offered by such channels.

The team at Infodec Communications are public relations and content marketing experts. Our marketing professionals can provide solutions for any offline or online communications problem. Lost for words? Contact us today to discuss what we can do for your business. 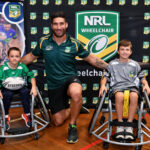